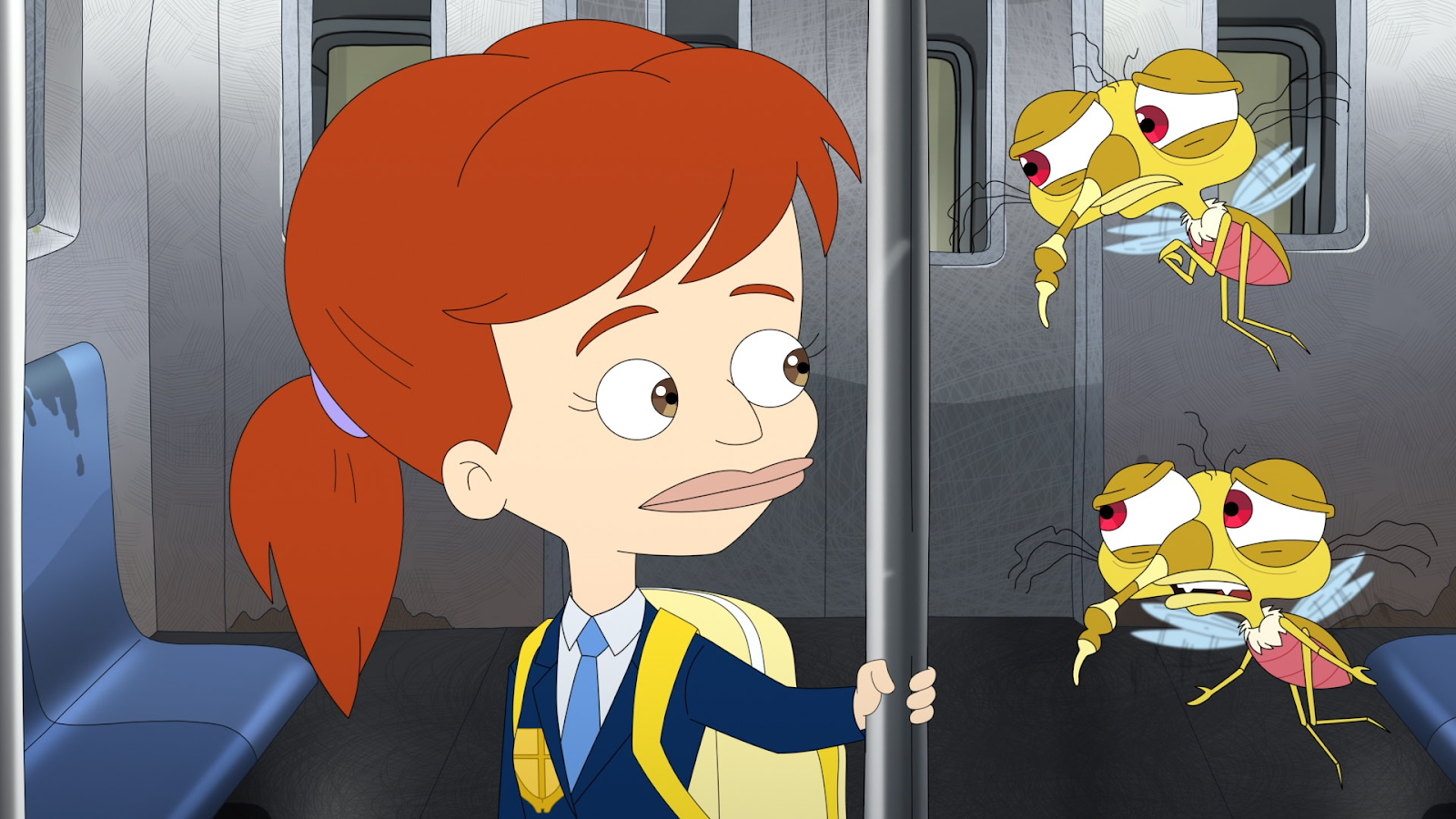 What’s the first thing that comes to mind when you hear the opening line of the iconic Big Mouth theme song, “I’m going through chaaaaangeeeeees”? Is it Maury the Hormone Monster and his small army of pet-like, furry penises? The strange designs of middle school children and their weirdly huge heads? Or is it the way Maya Rudolph’s Hormone Monstress says “bubble bath”?

Whatever association you may have with this show, there is no doubt in any viewer’s mind that Big Mouth pushes a lot of boundaries with its gross, raunchy themes and often graphic animation. We all know that middle school is an awful, awful time in pretty much everyone’s lives, but who would’ve thought that Netflix would make a grossly exaggerated show about it? And who would’ve thought that it would become massively popular?!

From the pilot episode that started it all, Big Mouth made it clear that they wouldn’t shy away from portraying anything, no matter how disgusting or explicit it may be. And who can blame the show’s creators? Middle school itself is a gross time, and I’m sure we can all painfully recall the day when our homeroom teachers sat us down and tried their best to explain the concept of puberty (complete with several inappropriate questions from the boys). I think what makes Big Mouth so appealing to teens and college-age audiences is that we can surprisingly relate to a lot of the show’s content, reminisce, and laugh about it. Even humorously animated monsters, such as the Depression Kitty and the Shame Wizard, are portrayed in a really relatable manner.

With each new season, it felt like Big Mouth was expanding the limits of “how gross are we allowed to get?” In Season 1, we had a montage of a bunch of penises playing basketball, complete with jerseys and sweatbands. That’s like Crude Humor 101: penises are a pretty basic starting point, and that’s what the show ran with. It’s not something you would really want to watch in front of your parents, but hey, it’s animated, so how bad can it be?

After the simple, lewd humor of Big Mouth skyrocketed to popularity, the creators must have thought, why not make it weirder and grosser? And with every new season, they did. In Season 2 there was an obscene sex scene between certified weirdo Coach Steve and Jay Bilzarian’s promiscuous mom. Season 3 got really uncomfortable with the sexual tension between main character Andrew and his cousin, Cherry (who is also really into it for some reason?). While most Big Mouth viewers have gotten used to the constant vulgar jokes about puberty and body parts, there were elements thrown in that made you question if you were still watching an innocent animated show about the trials and tribulations of growing up. I mean, how many middle school guys out there are thinking about banging their cousin???

With that being said, the latest addition to Big Mouth’s lineup escalated even further than previous seasons, which didn’t really seem possible. When it comes to the most disturbing and shocking scenes of Season 4, where do I even start? With the enormous, angry poop that is lodged in Andrew’s sphincter (it talks, too, and with a Boston accent no less)? Or the seventh episode that is solely dedicated to the concept of handjobs? Is it the horrible image of Jay licking literal dirt out from between his girlfriend Lola’s toes (I’m gagging just thinking about it)? I’m not kidding when I say I had to tell my mother to leave the room every time I watched an episode.

While Big Mouth followed its usual formula, filled with disgusting imagery, immature jokes, and scenes that make you question why you are even watching the damn show, something felt off about this new season. Maybe it would be best to correlate it to how the original Borat film compares to its sequel, which came out earlier this year. The original Borat, while it does have its fair share of truly cringey scenes, is crafted in a way that can still make you laugh out loud 14 years later. The Borat sequel? Not so much. The multiple painful-to-watch scenes are less “this is funny” and more “this is an awful reality we live in.” Season 4 of Big Mouth fares similarly. The beginnings of the series were cleverly crafted to be a good blend between cringey relatability and humor; this new season, however, focuses so much on being as crude as possible that the actual humor component is lost. I didn’t laugh at all while watching Season 4, but I certainly did consider turning the TV off several times.

That being said, there are a few factors of Season 4 that deserve praise and recognition. First of all, a big change was made in the casting of the show. Following the nationwide Black Lives Matter movement and the call for proper inclusion and diversity, the voice actor (Jenny Slate) for Missy, a biracial Black girl who is a main character on the show, stepped down. Slate, a White actress and comedian, stated on social media that a Black character should accordingly be voiced by a Black actress. Ayo Edebiri steps in as the new voice of Missy, starting in episode 9. Missy’s character herself also goes on a journey of self-discovery regarding her mixed race, which leads to important conversations about code switching, Black hairstyles, and much more.

Season 4 also introduced a new character, Natalie, who is a trans girl (voiced by actual trans woman Josie Totah). While Natalie only appears for a few episodes that take place at summer camp, it’s still encouraging to see that Big Mouth is determined to be inclusive and let their characters have meaningful conversations about a multitude of social issues. Hopefully, if a new season does come out in the future, they’ll keep going with this goal in mind.

With all things considered, Season 4 wasn’t terrible, but it wasn’t great, either. I think the previously popular pattern of showing gross, exaggerated middle school experiences is starting to wear out a little bit. If you’re fully into all of the nasty humor that takes place, then you’ll love this season and probably ask for more. However, for me personally, Big Mouth is starting to take things too far (recall the toe sucking scene). I’m not exactly excited about the possibility of a fifth season, although it’s likely that the creators will continue to take this show into high school (maybe even college?) era of the characters’ lives. But like elderly Hormone Monster Rick says, “what are you gonna do?”

One thought on “Big Mouth Season 4: Is it Time for this X-Rated Cartoon to Retire?”