Netflix’s German action-horror, Blood Red Sky, features a mother with a strange illness who boards a transatlantic flight with her young son, only to find that their flight is being hijacked by terrorists. A modern-day fear of terrorism collides with a heavy dose of Gothic horror as the movie reveals its true colors, resulting in a Train to Busan-like original movie that is satisfying to watch in the moment, but ultimately forgettable amongst its peers.

Having peeked at the film’s IMDB and Metacritic scores before settling in to watch it myself, I was initially surprised at its mediocre ratings because of how engaged I was just from watching the opening scenes. The movie begins by showing us the emergency landing of the plane at a Royal Air Force base in Scotland and the subsequent rescue of the young son, who is suspiciously the only passenger that emerges from the plane, which we can only assume has gone horribly off-course from its original destination. Despondent, shell-shocked, and only fluent in German, the boy seems to have survived something horrific – but we don’t know what. Our only clue is the only other passenger who responds to the RAF base’s radio messages, a Middle Eastern-looking man who materializes inside the cockpit with a severed hand claiming that both the original pilot and co-pilot are dead.

It’s a strong start that unfortunately only declines as the movie continues. Initial interest gives way to confusion as the film bogs us down with a relatively long set-up period that left me unsure about the creators’ intentions. Was this a serious dramatic investigation into our preconceived notions about who terrorists are and our tendencies to jump to conclusions, or a summer blockbuster horror movie meant to be watched with friends for some good, cheap fun? For what it’s worth, I do think the creators bring up some interesting themes that could’ve made this movie a more thoughtful watch. I liked how my initial understanding of the hijackers’ motives was revealed to be incorrect, and I liked that I ended up questioning the nature of evil – do we have agency over our actions and can we choose to engage in evil, or is it something that’s built into us? Frankly, questions like these don’t even surface with most of the horror movies I’ve watched, so the film does deserve some credit for attempting to be more than your typical B-list horror flick. Unfortunately, the film does just that: it gives us a peek at these themes, but it doesn’t explore them satisfactorily to completion.

The tipping of the scales from thoughtful horror flick to gory showdown in a claustrophobic vehicle becomes obvious around the halfway point of the film, but the warning signs were already there. Flashback scenes seek to develop the mother’s character, but after watching through the whole film, I’m convinced that these were only tacked on to give a half-baked explanation for the origin of her strange illness, which is a central part of the film. A ridiculously over-the-top “psychotic” hijacker threatened to take me out of my immersion once the film revealed his personality, especially since his character almost felt like a normal guy who’d seen too many Batman films and decided he liked the Joker a little too much. I also realized that I didn’t actually care for the central characters, the mother and her son, all that much. Aside from a general sense of “oh no… please don’t hurt the sick mother and her precocious young son”, I didn’t feel like the film gave a reason for me to root for these two characters beyond the fact that they weren’t the hijackers.

If viewers are willing to discount some of these flaws, and accept that they might not take away anything from this film beyond a fun, violent romp that has a mother-son bond as its emotional core, the finale of the film is gripping enough to carry viewers through to its completion. At the end of the day, I wanted to know how the plane finally managed to land, and if the rest of the passengers were okay, and that morbid curiosity was enough to keep my eyes glued to the screen. There really wasn’t enough character development for me to be invested emotionally in any of the action scenes, but I’m not about to say I’m above the tried and true trope of “horror carnage in a vehicle you can’t escape”. It’s a cheap trope that seems equivalent to an IV injection of caffeine directly into your bloodstream… but caffeine is caffeine however you take it, I guess.

Blood Red Sky can be a lot of fun. If you and your buddies have some free time on a Friday night, settle in and watch it over some popcorn for an action-packed journey that feels familiar but inserts enough original ideas to keep things fresh. Just don’t expect too much from it and watch it as it should be watched – as a solid action-horror that delivers on intensity and suspense, but fails to rise too high above its peers because of too many poorly executed themes and an apex that doesn’t quite live up to the opening scenes. 6/10 for an adequately entertaining take on some reimagined horror ideas, 2/10 for the lack of a portly, heroic, Korean working-class giga-chad side character. 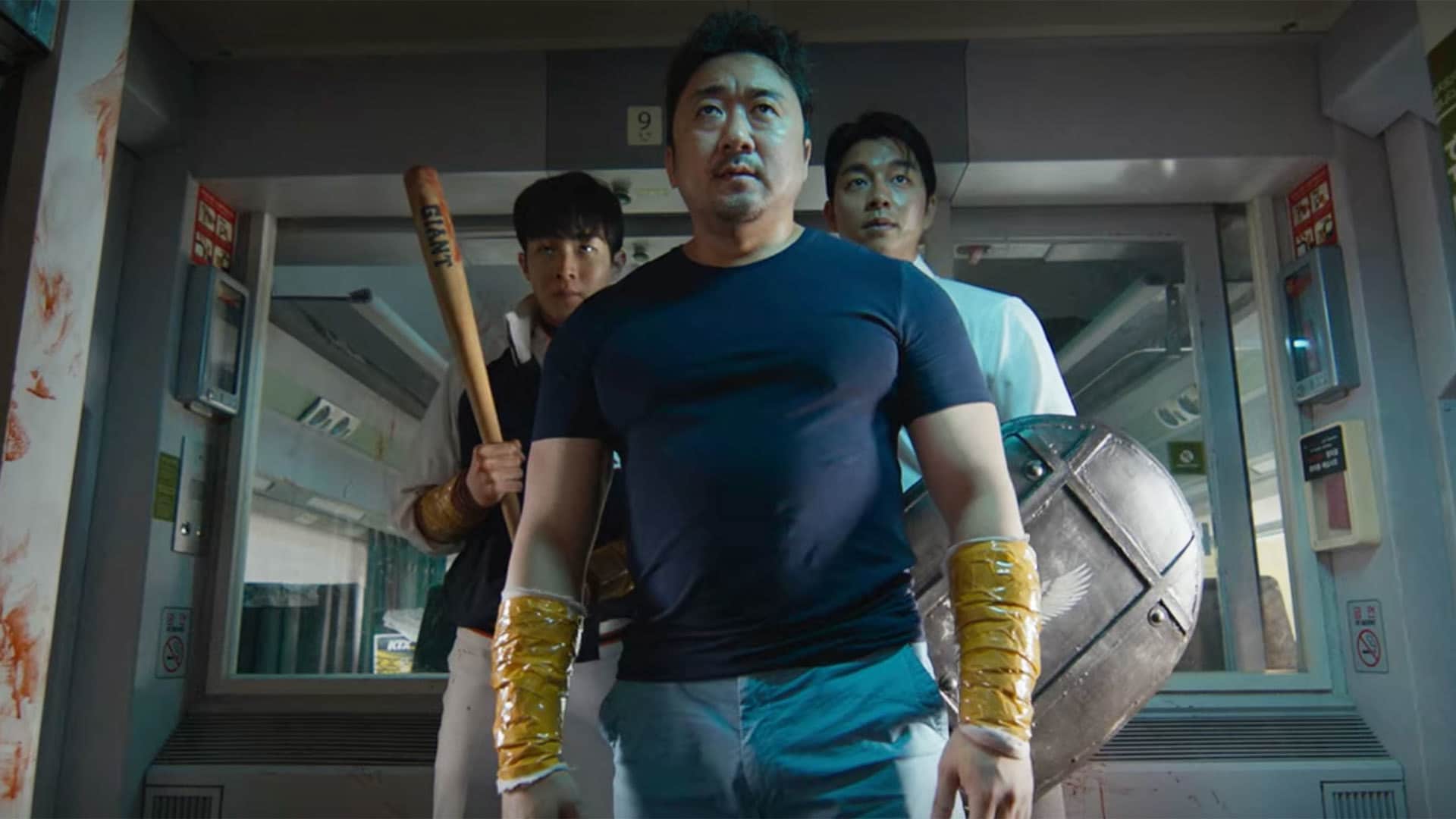